Won for Evenflo in a $15 million federal failure-to-warn trial.

WTO lawyers John Fitzpatrick and Erin Frohardt successfully defended Evenflo against a $15 million federal lawsuit alleging failure to warn. The plaintiffs’ vehicle was involved in an accident with a truck traveling 45 mph, the impact of which caused severe and permanent brain injuries to the four-month-old child riding in an infant car seat manufactured by our client. The driver of the car failed to yield while turning and the truck struck the car on the passenger side, causing 24 inches of intrusion into the area where the child was seated. The two-piece car seat separated, and the carrier portion with the child ended up in the rear cargo area.

The plaintiffs claimed that such separation issues were well known to Evenflo and that Evenflo should have warned consumers about the potential for separation. The plaintiffs argued that, had Evenflo included such a warning, they would have used only the carrier seat without the base, and thus no separation would have occurred. The defense demonstrated that no two-piece seat on the market would have withstood the impact of the truck or the resulting 24 inches of intrusion; that had the child been in a one-piece, he most likely would have been as seriously injured—if not killed—because the separation of the carrier from the base prevented the child from being completely crushed. There was no reason to warn, and indeed there was no evidence that use of a one-piece was “safer” than a two-piece.

The case was a retrial of a failure-to-warn claim that had been taken from the jury on directed verdict in 2012. In the first trial, WTO won defense jury verdicts on design defect and consumer expectation. The judge had dismissed failure-to-warn at the end of the plaintiffs’ case. The plaintiffs successfully argued to the Tenth Circuit that the trial court had erred in depriving the jury from ruling on the final claim. The circuit court agreed, reversed the directed verdict, and remanded the claim for trial.

Partner John Fitzpatrick revived many winning arguments from the 2012 trial and added several critical new points based on the facts at hand regarding failure-to-warn issues. He also showed that the plaintiffs’ expert had issued numerous different reports and had never mentioned a warning problem until after the case was reversed. Moreover, the expert had never testified that any car seat in the last 20 years was safe. Fitzpatrick attacked the plaintiffs’ expert through the expert’s own testimony as recorded in 80 prior transcripts and observed multiple inconsistencies in the expert’s prior testimony under Fitzpatrick’s cross-examination. Ultimately, the jury agreed with Fitzpatrick’s assessment. Third-year associate Erin Frohardt cross-examined five witnesses and directly examined one. She was instrumental in arguing jury instructions that included provisions that proved critical to the success of the case. 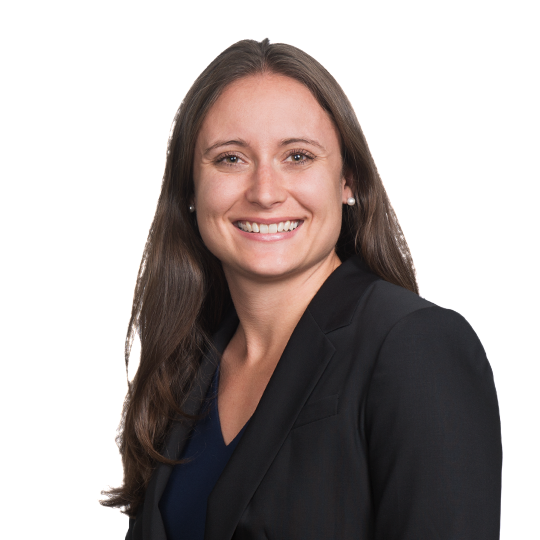